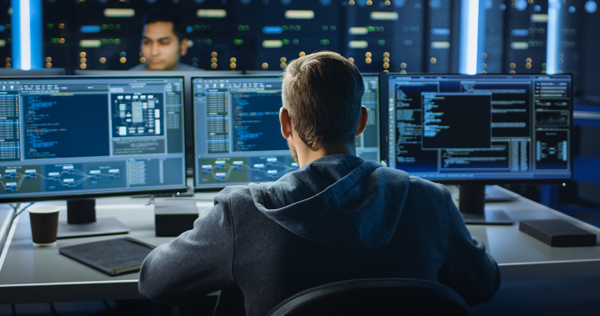 Digital transformation projects demand that developers continually roll out new applications to fuel those efforts. These new applications and APIs can surface sensitive data and must be protected in production: RASP (runtime application self protection) provides developers a defensive means to instrument their code, gain observability at runtime, and defend their apps against malicious web requests.

To respond to this rapid change, the National Institute of Standards and Technology (NIST) released a revision to Security and Privacy Controls for Information Systems and Organizations, NIST SP 800-53 Revision 5. With NIST’s new focus on RASP, developers have an opportunity to take an inside-out approach to protecting their applications and APIs by embedding protection at the application.  In doing so, dev teams can embrace NIST’s new standard that addresses runtime application self-protection (RASP):

The key here is instrumentation where application layer telemetry is generated by sensors (or software agents/modules) embedded within the software.

Not all RASP implementations are created equal

Method One: the Overhead Layer

In this technical approach, the RASP intercepts calls to and from the runtime environment. This is accomplished by replacing the Java virtual machine (JVM) or using a custom Java archive (JAR) wrapper or dynamic link library (DLL). In doing so, the RASP supposedly provides deep inspection into the call stack. But there are several negatives:

These low level inspections can interfere with application performance monitoring (APM tools) you may be already using.

JVM or wrapper tuning that does not readily scale

Some users experience performance problems because the developers rely on the RASP vendor to tune the JVM or wrappers to work for their unique application. So they must tune policies to get the RASP to work—multiply this by dozens or even hundreds of applications and you can see the laborious and daunting challenge here already.

Dev and ops teams must coordinate between teams to install the deep instrumentation: this can drag out the implementation. Heartburn abounds if one team struggles with the deployment, which can keep other teams from even trying it out.

With this approach developers call a RASP library or SDK for specific calls that generate granular results that they can handle in their code. When you’re writing a new app from scratch, this may be acceptable from a workflow perspective. Otherwise, it requires rewriting pre-existing applications. And then there’s the political aspect: you’ll have to convince each software development team to modify the app code so it can be instrumented in production.

Looking through the performance lens, the RASP engine can experience delays and performance hits. We’ve seen documentation from vendors that state doubling the response time for a typical request—that’s a nonstarter for most development teams.

The last negative aspect: if the call to the library or SDK fails to accurately detect, false positives result. Rules tuning to reduce false positives is common in this RASP approach, even for basic rules to detect cross-site scripting (XSS) and SQL injection (SQLi), but this requires more of your time away from higher value work that drives your business forward.

Method Three: embed with the app as language- or framework-specific module for effective protection

Given the pitfalls of the early RASP approaches, Signal Sciences has taken a fundamentally different approach that’s now patented.

Signal Sciences RASP implementation provides a granular level of observation at runtime required for precise web request inspection and attack detection. This is accomplished by embedding our language-specific module with your application. Our RASP is compatible with a range of languages, from Java to PHP to Node.js and several others.

Our module constantly receives asynchronous updates on new threats from our Cloud Engine based on web traffic telemetry collected from across our installed customer base. We also take a threshold approach to blocking, allowing 95% of our customers to trust us to run in full, automated blocking mode in production with virtually no false positives.  You can learn more about our language- and framework-specific RASP modules in our product documentation.

With threshold blocking, our RASP module does not decision on each request like other RASP implementations, but instead examines  suspicious payloads over time and with context to determine whether web request traffic poses an actual attack.

Our approach also makes it possible to get stack traceability through integrations with APM tools that already capture that information. Combined with Signal Sciences Power Rules, you get deep insight into any HTTP transaction or flow, but without the computational overhead that the other RASP options require.

Learn more about how Signal Sciences RASP can protect your business-critical applications without performance impact by requesting a demo today.

The Pros and Cons of RASP in 8 Minutes
There are two concerning data points in application security today. First, the Verizon Data Breach I...
Dear RASP: We Need to Talk About the Friction in Our Relationship

Dear RASP, It is finally time for me to write you this letter. When we…